TBS has always valued its international and multicultural ethos. While walking through the undergraduate (Bachelor degree) campus, you often hear English, Spanish, Chinese and even Arabic in one same room. Indeed, starting at first year, the Bachelor’s degree program hosts  foreign students that have come to France to study, or even exchange students from academic partner universities.

So, I went to meet some of them and I asked them a few questions about our country, our city and our school.

Nadja, Serbian and Austrian, who is studying in Scotland, is also an exchange student for her 3rd year.

Alice, a British student from Warwickshire, studies in Exeter and is an exchange student for her 3rd year. 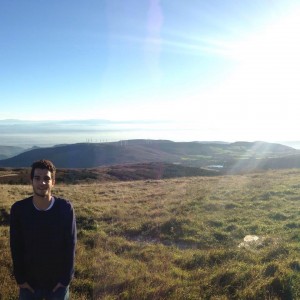 Marwan, a second-year Egyptian student in the aviation section, has been in the Bachelor programme for 3 years.

In which year are you in your home university?

Are you obliged to spend a study-year abroad?

Why have you chosen France?

Did you have a choice between various French cities? If so, why choose Toulouse?

Do people know Toulouse in your country?

What do you think of French people in general?

What were you afraid of before coming?

What did you think about France before coming?

What do you mean? Did you have any stereotypes?

What are your favorite things about France or the city of Toulouse?

Would you recommend France to the people of your country?

Will you come back?

That’s it, my small international investigation is finished. What do you think of it?

Emilie Pereira
Articles associ&eacutes
« My year in Korea » by William MCMASTER
My name is William, I am 21 years old and…
About Me, Kieran, student at the TBS Bachelor
Hi guys! My name is Kieran and I’m a 3rd…
International Day
On the 23rd of November 2016, as every year, the…